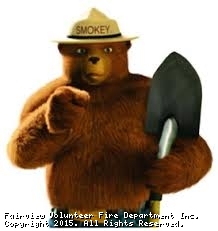 Is it a Burn Day? 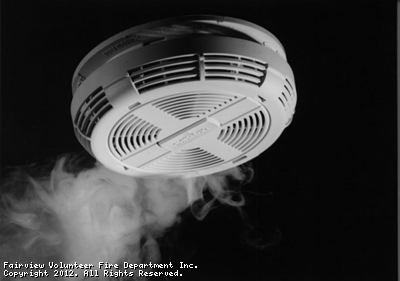 If your smoke alarm was installed more than 10 years ago, it needs to be replaced. Find Out More at the U.S. Fire Administration's web site. ? 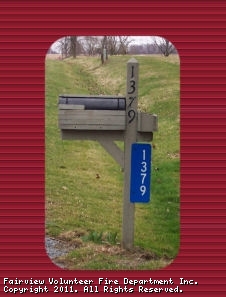 Signs may be purchased at any Fairview fire station 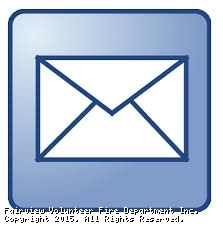 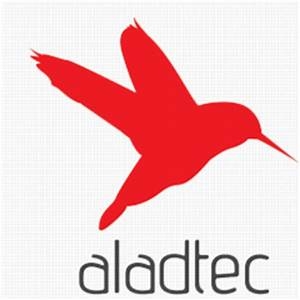 Member login
About us 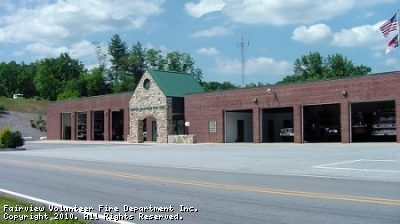 The first piece of apparatus was housed in the basement of an old rock store which still stands beside Fairview Elementary School.

The Main Station is located at 1586 Charlotte Highway, Fairview, NC 28730. This station has been added on to twice since it was originally built with only 4 bay's. In 1997 we made our last major addition to the Main Station. Through the hard work  and efforts of the Board of Directors, Firefighters, Auxiliary and the Community, the department owed no money for this addition when completed.The addition added living and sleeping quarters, offices, larger kitchen, and brought the total number of bays up to 16. The main station apparatus consists of (1) Custom Fire Engine,  (1) 4X4 CAFS Engine, (1) 105 ft Aerial Ladder, (1) 3500 gal. Vacuum Tanker, (1) Brush Truck, (1) Heavy Rescue, (1) Light Rescue QRV, (1) Battalion Chief vehicle, (1) Chief Vehicle, (2) All Purpose Utility Truck's, (1) Personnel transport SUV,  (1) ATV,  (1) Parade Engine and (3) Ambulances

In November 2014 We acquired property for our substation located at 133 Upper Brush Creek Road. After some construction and remodeling the station was opened and in service. The Upper Brush Creek Substation consists of (1) Engine, (1) Tanker, (1) QRV/ Brush Truck, and also houses our Fire support trailer and Fire safety house.

We now have 39 career personnel complimented with Volunteers, who man the stations 24 hours a day, 365 days a year. Career personnel are a mixture of certified Level two firefighters, Rescue Technician's, Hazardous Materials Operations level and operate at the Emergency Medical Technician-Basic Level. Some of the volunteer and part-time personnel have these certifications.  All members are currently lead by Chief Scott Jones.

The Fairview Volunteer Fire Department responds to an average of 1900 incidents per year which include fire, medical, and rescue.

We encourage anyone to stop by for a visit and tour the stations.

This site has been viewed 74,908 times.
News
Events
Pictures
Apparatus
Maintained by the members and staff of Fairview Volunteer Fire Department Inc.. Designated trademarks and brands are the property of their respective owners. Copyright © 2006-2022. YourFirstDue Inc. All Rights Reserved. Content on this web site is supplied by Fairview Volunteer Fire Department Inc.. YourFirstDue Inc. cannot be held responsible or liable for any content, text, pictures, or any other media found on this web site.
Management login
Powered by